Our editions will be published on this page. Our publisher’s website where you will find the final editions can be visited here. If you work for a (university) library interested in displaying our printed version, please get in touch with us.

Please note: We accept submissions on a rolling basis. As such, there is no formal deadline for submissions. You can submit at any time and will be considered for the next possible issue.

The Young Journal of European Affairs (YJEA) is looking for your contribution to its first issue in 2021! Articles submitted until the end of March will still be considered for our first issue. The YJEA is a junior journal based in Munich, where students can publish academic papers on European Union policies from the very beginning of their academic career. From the first semester onwards, we offer students an alternative to having their papers, some of which already contain a lot of work and potential, disappear into oblivion after grading. The YJEA provides students with opportunities to learn important key qualifications during their education, which are essential for a potential career in science.

You are eligible to publish if you are still studying. Papers by PhD candidates will not be accepted. Submit your papers about issues concerning the European Union from the perspective of International Relations, mainly but not exclusively focussing on these five policy areas:

You will benefit from our double-blind peer-reviewing procedure, which is in line with the highest academic standards of quality assurance and used in most senior academic journals as well. Experienced academics will give you feedback on the conception of your work as well as your academic style and your methodological approach.

We exclusively accept academic articles. Book reviews not be published in the Young Journal of European Affairs. Shorter opinion pieces can be submitted for publication in the YJEA Blog to alina.mehrens@yjea.org. Articles might have been written as coursework for university, your bachelor thesis, or as independent work. Please notice the format requirements on our website.

There is no guarantee that your paper will be published. This depends on the outcome of the peer-reviewing. The review process might take six months or more. Also, check our website for more information on plagiarism. 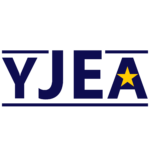 Representation is a key concept in the social sciences. The joint conference of DNGPS and YJEA aims to give students of the social sciences the opportunity to share and discuss their work on this important topic. Issues examined may range from the implications of the newly inaugurated US cabinet being the most diverse in the history of the states, to German and European debates on parity laws, affirmative action, gender, race and citizenship.

More than 50 years after the pioneering work of Hannah F. Pitkin’s The Concept of Representation, and as long of a history of critiques of representation from feminist, postcolonial, and poststructuralist thinkers, theoretical as well as empirical social research on representation is facing the challenges of the 21st century with all the complexity of contemporary democracies.

The conference aims to include a broad spectrum of perspectives from the social sciences. The following outlines of possible topics may provide some guidance but should not discourage you from submitting a contribution that does not fit neatly into one of them.

Democratic governance relies at its core on the representation of the people. Concepts asking what democracy is usually place the electoral system, which is inherently linked to parliamentary representation, at the core of democracy (e.g. Merkel 2000, Dahl 1989). Since the protests in 1968, political engagement has seemed to decrease. Until very recently, the existence of trends of depoliticisation was common knowledge. This, however, changed throughout the past decade. The euro crisis, climate change as well as conflicts around migration and flight have re-engaged a large portion of the European people in politics. New populist parties have formed, parliamentary compositions have changed. This section is particularly interested in cross-country comparisons, inside and outside Europe, as well as investigations on the effect of representation systems on the quality of democracy. We encourage paper submissions enquiring questions like: How does the style of representation affect civic engagement in democracy? Does the degree of politicisation safeguard democracies against backsliding? What is the relationship between politicisation and satisfaction with the functioning of democracy? How do the effects of different representation styles differ between democratic and non-democratic systems?

Representation rests on the claim to speak for others which is legitimised by elections of political institutions (Saward 2010). However, representation is also increasingly discussed in other areas of societal life. Diversity as a social ideal presupposes at least in some capacity that the representation of marginalised groups by individuals or subgroups can be taken for an unproblematic self-articulation of said groups. But here as well as in political institutions, legitimacy remains problematic. Authenticity functions as a key concept in discussions around the legitimacy of the representation of marginalised groups in the hegemonic discourse. Through the duality of Vertretung and Darstellung, representation always demands a homogenisation of discourses and univocalisation of identities (Spivak 1988). Diversity can thus not only be examined as a measure of social equity but also as a regime of subjectivation.

Responsiveness: How does representation develop

Throughout the past decade, the narrative of “politics without alternative” has created ever more tension between governments and their societies. Scholars have argued that the emergence of right-wing parties across Europe can inter alia be traced back to a deep dissatisfaction with this kind unresponsiveness of politics to societal demands. Reactions could not just be witnessed on one end of the political spectrum, given for instance the Fridays for Future movement. This thematic section aims at unravelling the effects of unresponsiveness and how societies deal with it. Submissions within this theme may deal with a variety of questions, including: How do societies answer to the lack of responsiveness and how do reactions differ in democratic and non-democratic countries? How does representation and participation change in light of deteriorating responsiveness? How does responsiveness change over time? Under what conditions can policy contestation by the wider public lead to more responsiveness?

Representation certainly constitutes an important function of elections in democracies (Nohlen 1990). However, the achievement of full representation of interests and societal groups in a heterogeneous community has the potential to be an obstacle for other crucial principles such as the effectiveness in legislation and policymaking. Hence, the arrangement of the electoral system represents the major tool for regulating the access of different actors to parliament. Due to its importance, the electoral system has become more politicised in recent years, e.g. in the discussion of the necessary reform of the electoral system in Germany. Political parties are often accused of designing reform proposals that enable them to secure a favourable number of parliamentary seats. Additionally, the question arises whether descriptive, substantive or symbolic representation (Pitkin 1967) should be manifest in the legislative branch. Empirical political analyses can provide insights here: Analyses of parliamentary speeches, roll-call votes, parliamentary questions and, ultimately, policy outputs, shed light on the ways in which representatives engage in substantive representation. Through these analyses, it is also possible to evaluate whether descriptive representation is justified in that it leads to substantive representation. We encourage paper proposals on the aspect of representation within electoral systems as well as in the parliament itself. Cross-country comparisons are equally welcome as investigations of concrete patterns, preconditions or consequences of representation in individual cases.

The literature on European Integration is first and foremost concerned with explaining how and why policy is integrated – and recently dis-integrated. Policy integration without societal integration, however, can be expected to cause legitimacy issues, given that EU representatives are elected nationally and feel primarily responsible for and accountable to their national constituencies. While representation on different levels is a common concern, the interrelation between these levels deserves further scholarly attention. Thus, paper proposals may address questions concerning representation in the European multi-level system: Does satisfaction with national or local representation affect the satisfaction with representation on the EU level and vice versa? How does the lack of a European public sphere affect representation styles by MEPs? What role does representation play in the delegitimization of EU policy or the EU as such (see Brexit)? How does unequal relational representation in the EU (see Germany 96 MEPs vs. Malta 6 MEPs) affect the influence of small states on decision-making? Does the perception of representation and legitimacy differ between political levels (e.g. perception of the EU at state vs. federal level)?

The DNGPS and YJEA conference aims to bring theoretical approaches into exchange with empirical research in order to arrive at new perspectives and insights. We welcome contributions from bachelor and master students as well as doctoral candidates (in the initial phase) from the different disciplines of political and social sciences.

Please send your abstracts of max. 300 words and a short self-description in German or English to fachtagung@dngps.de by 12.06.2021. The general conference language is German, but presentations can also be given in English.

A travel reimbursement option is planned. If you have any further questions, please do not hesitate to contact us by email. All information is also available at: www.dngps.de.