Lara is co-founder and co-editor of the Young Journal of European Affairs. She is currently studying political science at the Ludwig-Maximilians-University Munich and spent a term abroad at the University of New South Wales in Australia. As a former student assistant at the university chair for political communication at LMU Munich, she has gained experience in academic research. Additionally, she is part of the scientific research project “Cohesiveness despite preference divergence: Explaining the EU’s consistent non-support for Israel in the United Nations General Assembly” which was presented at the International Relations Conference of the German Political Science Association in 2020. Her Bachelor thesis on human rights in democracies was published by the LMU library. Her research interests lie mainly in international cooperation and organisations with a particular focus on the European Union and the United Nations.

Florian is co-founder and co-editor of the Young Journal of European Affairs. His research interests mainly lie in the fields of International Organisations, especially the European Union and the United Nations, and International Security. At the Young Journal of European Affairs (YJEA) he primarily covers European Foreign, Security and Defence Policy as well as Public Policy. He is majoring in political science at the Ludwig-Maximilians-University Munich and studied abroad at the University of Helsinki. He has acquired research experience as a student research assistant at the LMU Munich and co-author of the comparative study “The Effectiveness of Conflict of Interest Policies in the EU-Member States”, requested by the European Parliament in 2020. Following the publication, he currently contributes to the work on two academic papers and a book.

Benjamin is a member of the Young Journal of European Affairs’ editorial board, focussing on European Foreign, Security and Defence Policy. He is currently studying for an MSc in Modern Middle Eastern Studies at the University of Oxford. Benjamin previously studied political science, history and economics at Munich’s Ludwig-Maximilians-University and participated in a programme to study abroad at the Hebrew University of Jerusalem. Aside from his academic studies on the Middle East and European Affairs, Benjamin works as a journalist, focussing on politics in the UK, Germany and the wider MENA region.

Lara is a member of the editorial board of the Young Journal of European Affairs. Her research interests lie mainly in the field of European integration theory with special attention to the impact of crises in EU history. She’s currently in her final semester of the master’s degree in political science at the Ludwig-Maximilians-University Munich, writing her M.A. thesis on the relevance of eurobonds for European financial integration. Besides her academic studies, Lara is working as a student assistant at the Chair of International Relations at the Geschwister-Scholl-Institute for Political Science.

Jakob is a member of the editorial board of the Young Journal of European Affairs and is currently majoring in political science at the Ludwig-Maximilians-University Munich. He also studied abroad at the University of Helsinki’s Swedish School of Social Science. He is especially interested in European integration. That pairs well with his studies in European and international public law.

Alina is the Social-Media-Coordinator for the Young Journal of European Affairs. She is particularly interested in questions of human rights work, feminist foreign policy and international cooperation on social issues. In the past, she has been involved in different projects and organisations working on such issues and completed a voluntary service at the UNESCO National-Commission in Lesotho. She is currently finishing the first semester of her law degree at the Humboldt University in Berlin. 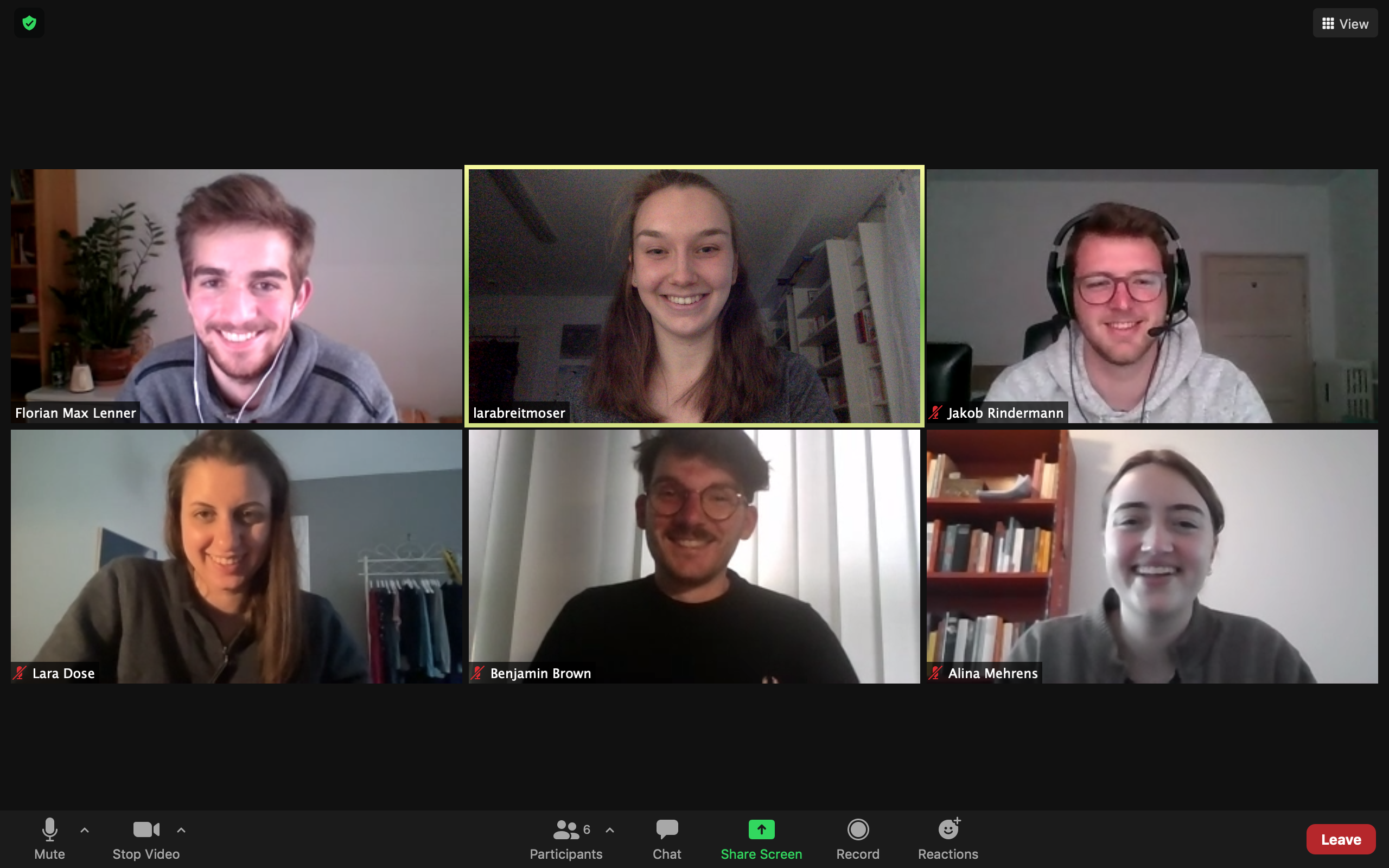