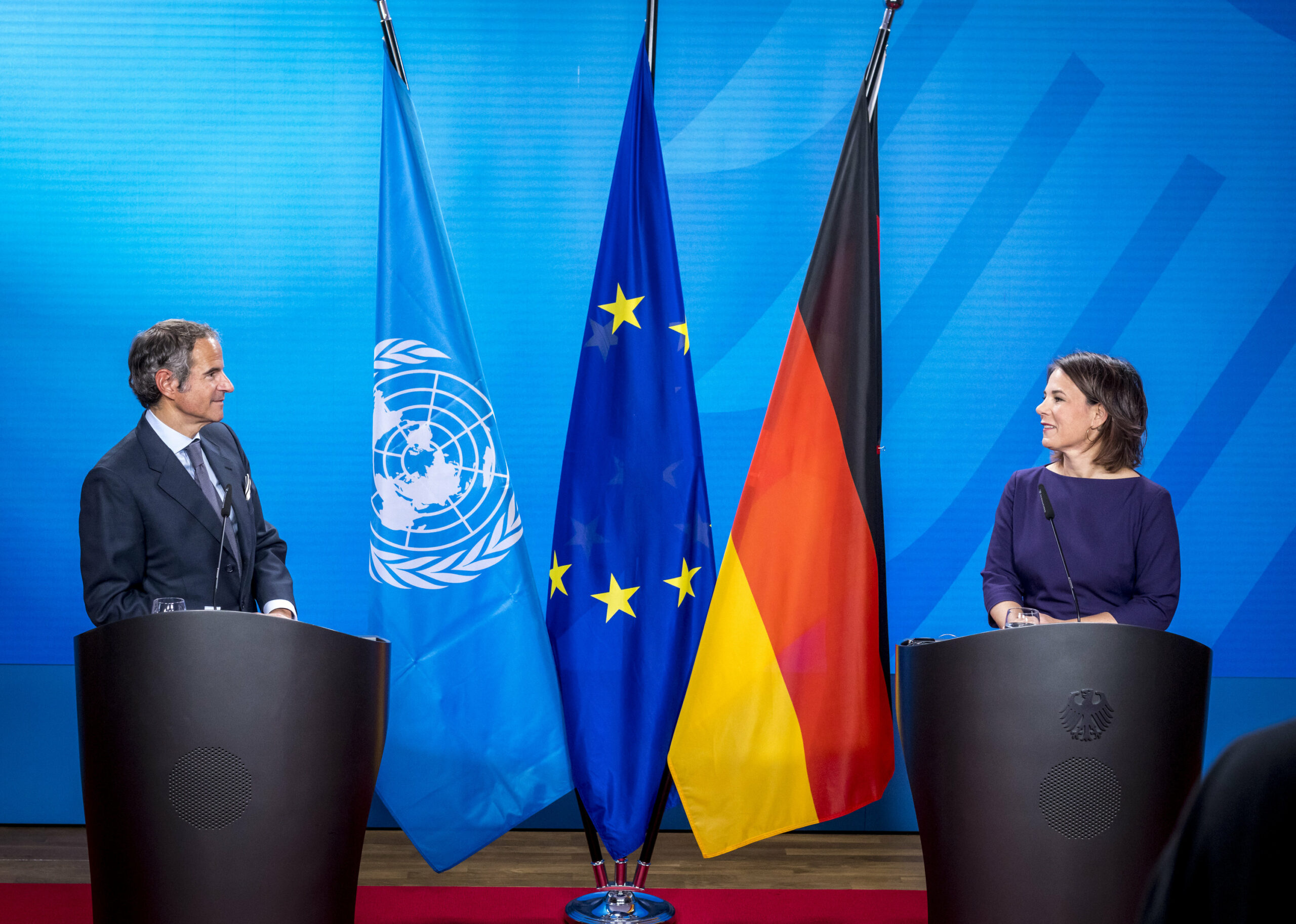 TEASER: You can find the full-length interview with Nina Bernarding published in our second issue.

YJEA: We would like to start our interview by talking about your studies. How did you become interested in the topics and what motivated you to start your studies?

Nina Bernarding: For my bachelor’s, I studied History and Political Science in Heidelberg, and I did my master’s degree in Conflict, Security and Development at King’s College London. Before my studies, I had already been interested in international affairs in a broad sense. When I started with History and Political Science, I got more and more interested in the question of why the world is the way it is and how you can change it. I then realised that I would like to work on making the world a more peaceful place, which is why I studied Conflict, Security and Development for my master’s.

What were your first steps and experiences in the professional career world?
After my studies, I did a lot of mostly unpaid internships and in total, after graduating, it took me about two years to find a proper job. After completing the German fellowship program ‘Mercator Kolleg für Internationale Aufgaben’, I finally found a job in peace mediation.

How did your previous positions prepare or influence you for co-founding and working at the Centre for Feminist Foreign Policy (CFFP)?
Most importantly, my previous positions gave me connections. It also helped me understand what kind of institutions there are and how they work together. I interned, for example, with Human Rights Watch, the Ministry for Economic Cooperation and Development, and the Bundestag. My internships helped me navigate the field of international relations, and to get to know people. They helped me understand how NGOs work together and against the government. I also gained fundraising and donor reporting skills, which I now use every day.

Which challenges did you face during the founding process of the CFFP or are you still facing within your work at the CFFP?
One of the biggest challenges is that people – especially in Germany – still do not understand what feminism is. A lot of women are still scared to use the term because they are afraid that “it could scare off the men”. Another big issue is fundraising. There is very little money for civil society in general, even less for women’s rights or feminist work, and much less for women-led organisations, both in Germany and internationally. Another challenge is that in international relations, the realistic paradigm is still very present among students but also teachers and political decision-makers. When we offer our vision for a more peaceful and just world, which includes, for example, a demilitarised society, you are often being told that you are naïve. Especially in times of the Russian war in Ukraine, you are often not taken seriously if you are advocating for an end to nuclear sharing. Nuclear sharing means that NATO members agreed to support NATO’s policy on nuclear deterrence politically but also logistically. Germany is hosting nuclear weapons on German territory. In case of conflict, Germany has committed itself to using those bombs in cooperation with NATO. We argue that you should end nuclear sharing, because it makes us less and not safer.

What was the most positive experience or biggest success within your work at the CFFP?
Germany is pursuing a Feminist Foreign Policy now, and we can certainly claim some credit that this is the case. We did a lot of lobbying over the last year, so that was a great success for us. Other moments of success for me are stories from people using our resources and wanting to work with us. That our work matters is personally a big success for me.

Do you have any general piece of advice that you would like to give to students – or particularly female students – interested in a career in international relations?
To read the full-length version of our interview with Nina Bernarding, check out our second issue, which you can find here.