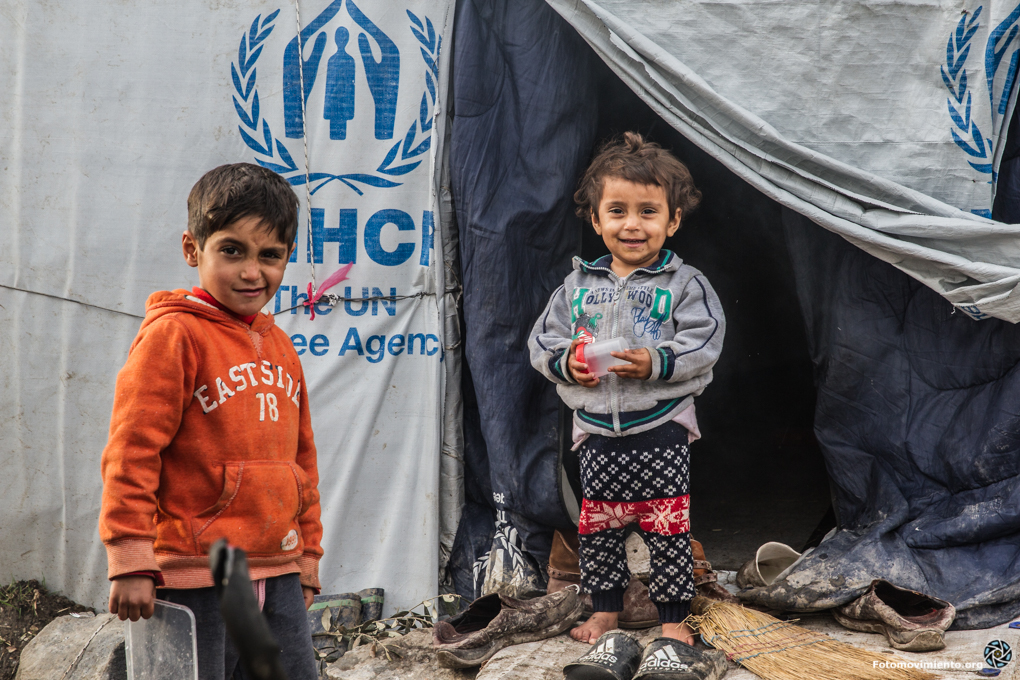 The new EU Pact on Migration and Asylum offers an ambitious framework for dealing with high immigration numbers. However, it does not dedicate one single sentence to the poor conditions in migration camps.

The influx of migrants is a major challenge for the European Union (EU)[i]. In 2020, more than 80 million people were forcibly displaced worldwide[ii], with over 6.6 million living in poor condition refugee camps[iii]. Fortunately, the EU has recognised its shortcomings and loopholes in the EU asylum and migration policy[iv] and developed a new Pact on Migration and Asylum, which the European Commission presented in autumn 2020. Although this new pact calls for a “fresh start on migration” and against the “existing system”[v], it shamefully does not say one single word about the inhumane conditions in migration camps at Europe’s external borders, nor does it offer any recommendations or measures to improve these terrible conditions. Although the EU’s long-term goal should be to avoid camps in such poor condition in the first place, these inhumane environments nevertheless deserve to be addressed in this new pact.

“If the goal of this new pact is a human and humane approach, then why does this pact not provide any solutions on how to improve the terrible conditions in migration camps?”

The new Pact on Migration and Asylum begins with a quote by President Ursula von der Leyen, which reads as follows: “We will take a human and humane approach. Saving lives at sea is not optional. And those countries who fulfil their legal and moral duties or are more exposed than others must be able to rely on the solidarity of our whole European Union… Everybody has to step up here and take responsibility”[vi] However, in the elaboration of this pact, its main themes are devoted to border management, streamlining procedures on asylum and return, crisis preparedness, migration policies, cooperation with third countries, sustainable legal pathways, and integration policies[vii]. If the goal of this new pact is a human and humane approach, which places solidarity at the centre, why then does this pact not provide any solutions on how to improve the terrible conditions in migration camps? Not addressing this issue stands in contrast with a solidarity approach and the EU’s legal and moral duties.

Among migration camps at Europe’s external border, which had been called the “shame of Europe” by many news outlets such as the German news broadcaster Deutsche Welle[viii], is the Moria refugee camp in Greece. It exceeds its capacity by accommodating four times as many migrants as originally planned and currently hosts roughly 12 000 people. Migrants living in Moria are exposed to inhumane conditions, which are not in line with international standards, e.g., poor sanitation, lack of medical care, and support for vulnerable groups[ix]. Besides many other camps having incredibly inhumane standards, the refugee camp on the Greek island of Lesbos had caught the attention of many new items last year. In 2020, migrants themselves set the whole camp on fire. It is believed that they did it out of frustration and despair because they could no longer bear living in such terrible conditions, which they referred to as “hell”[x]. Instead of the European Union seeing this as a warning sign, ten migrants were arrested to due arson. Although the EU’s overall mismanagement of migration should continue to be strongly criticised, the current migration crisis on the Polish-Belarusian border is once again a major disgrace. Belarusian President Lukashenko exploits his power by using migrants as a political tool against the EU because of its massive sanctions against Belarus. However, the leading bearers of these chaotic international affairs are migrants, who live at the borders with next to nothing. Many NGOs are even denied access to these camps. Even worse, people have been dying due to freezing temperatures. Luckily, migrants were moved to a warehouse in mid of November[xi]. However, this cannot be a permanent solution, and once again, I ask myself what else needs to happen so that the EU finally fulfils its legal and moral duties and acts upon this shame.

“I reiterate that the responsibility of the EU is to act as a unified organisation that does not tolerate such inhumane conditions in migration camps, which are completely contrary to its core values.”

Instead of continuing to turn a blind eye to these terrible conditions in migration camps, the EU has to finally step up and incorporate this issue in the new Pact on Migration and Asylum and provide recommendations. Although once again the ultimate goal should be to avoid such terrible camps in the first place, measures need to be taken now to improve these living conditions. First and foremost, the EU must provide adequate shelter for refugees as a human rights obligation. Tents on the wet ground do not count as adequate shelters. Instead, proper facilities have to be provided by the EU in support of all member states. This means that all European member states assist countries located at the EU’s external borders receiving the highest influx of immigrant flows. In addition to providing these minimum standards, the EU must also take into account the social and psychological needs of those who have had to flee their homes for various reasons, such as war, hunger, oppression, political persecution. In particular, the EU needs to provide better psychological support for migrants to deal with traumatic experiences, but also to give them hope for the future. Second, migrants, and especially children, deserve to be engaged in several societal activities such as educational activities and childcare. Thereby, the main goal should be to keep them busy instead of children’ just killing time’.

Although the above proposals are only a small selection of numerous improvements that the EU could make, every one of them has the potential to help improve the lives of migrants in migration camps. I reiterate that the responsibility of the EU is to act as a unified organisation that does not tolerate such inhumane conditions in migration camps, which are completely contrary to its core values. Including measures to eliminate these terrible conditions in the new Pact on Migration and Asylum is the first step, the EU must take. Not only will this give the EU itself a (legal) framework to adhere to and hopefully improve the situation in the migration camps, it will also help the EU to present itself as a unified organisation to the outside world that takes human rights and specifically the migration issue seriously.

[v] Chowra Makaremi “The EU Pact on Migration and Asylum: Policy Making in an Era of Alternative Facts”, Books and Ideas (2021)

[viii] Deutsche Welle (DW) “Lesbos after Moria fire: People are still living in tents by the sea”, https://www.dw.com/en/lesbos-after-moria-fire-people-are-still-living-in-tents-by-the-sea/a-59115403, downloaded on the 6th of December 2021

[ix] Euro-Med Human Rights Monitor “Asylum-seekers in detention centers and camps in Europe should have protection against Coronavirus” (2020), https://euromedmonitor.org/en/article/3421, downloaded on the 6th of December

[x] Deutsche Welle (DW) “Lesbos after Moria fire: People are still living in tents by the sea”, https://www.dw.com/en/lesbos-after-moria-fire-people-are-still-living-in-tents-by-the-sea/a-59115403, downloaded on the 6th of December 2021